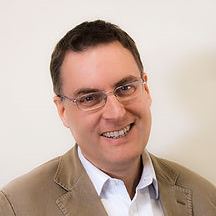 Guy has a history of successful software implementations as well as successful products. His background as a project engineer has provided him with a capacity to interpret the needs of both the individual and the organisation and to see the importance of a sound framework in which a system is to be based.

Guy has worked on education software projects for the last 20 years from Universities to Primary Schools and over that time has worked closely with schools to build Daymap up into the system it is today.

When not working he hacks around with hardware, sails on Kookaburra and enjoys time with his family. 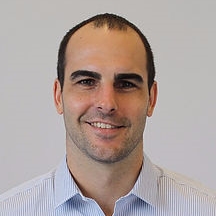 Rowan has been with the company for over 10 years and is a calm and steadying presence in the Loop Office. He specifically works with schools during the process of implementing Semester Reports through Daymap and is noted for his patience and perseverance in dealing with whatever challenge he is presented with.

In his spare time, Rowan is a Fantasy Football specialist, a real life basketball and soccer amateur, and a movie/music critic/snob. 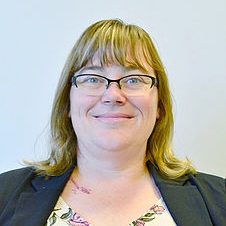 Kristen joined Loop Software in 2017. She has a background in administration and classroom support in a variety of Department for Education settings – Special Education, Primary School and mostly Secondary School where she was a Daymap user for approximately 7 years.

When Kristen’s skills in data management became apparent, she took over Daymap management at her site and led staff training, change of processes, record and report creation within the Daymap environment.

Kristen’s role also included being the School Timetabler and Daily Organiser, giving her a solid understanding in what needs to be where to ensure accurate information in Daymap.

In her spare time Kristen enjoys spending time with her husband and travelling. Her 4 legged family keep her busy, in particular her border collies who she occasionally shows or competes in herding or agility with. 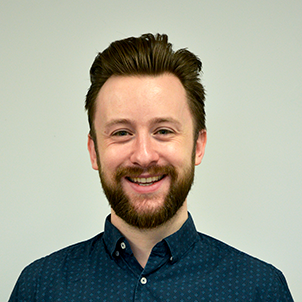 Ryan joined Loop Software as a developer and helped shape the product for Queensland; eager to apply his knowledge he moved into the account manager role to oversee the operation of the QLD sector. Working closely with schools he is able to bridge the gap between technology and education, helping Daymap adapt quickly to school needs and helping schools learn how best to augment their processes with Daymap.

When not working, Ryan enjoys playing and making video games, reading and playing with his puppy! Julie is a qualified Trainer and Assessor with over 12 years’ experience delivering adult education in the primary and secondary school sector. Julie’s background includes state and national management roles in the delivery and training of digital resources and presenting professional learning (PL) for Australian educators.

Julie is passionate about education and training and supporting schools to make a difference to every student! 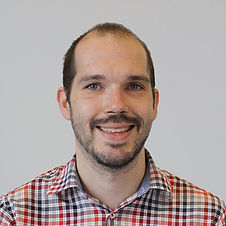 Nathan has been with Loop Software since the early stages of the company. Having worked in a large number of areas within the company has helped him develop a variety of skill sets. Originally hired as a developer, Nathan has demonstrated the ability to not only help at a technical level but also bridge the gap between people and technology, and is now the Support Manager while also working as a Consultant and Product Expert.

Nathan is a friendly, well-mannered individual who is passionate about helping people achieve their goals with the Daymap system.

You can find Nathan watching the odd footy show during the winter season, but his real passion is the A-league (Go Melbourne Heart!) and the NBA. He is also a fan of not so physical activities and it’s not unusual to see him glued to the seat for hours playing video games on the weekend. 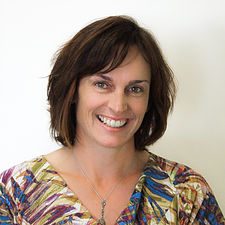 It’s no coincidence that Kylie and Guy share the same surname. Kylie has been with Loop since the beginning, and has helped grow the company by filling all the “non-technical” roles until she can be replaced by some-one more skilled. She still claims the roles of office and fiscal management. Prior to Loop, Kylie worked for various computer resellers in middle management positions.

Apart from work, Kylie devotes her time to family, tennis, woodworking, gardening, reading, cooking and social walking. She is passionate about creating supportive local communities and takes on many volunteer positions in schools, committees and clubs. 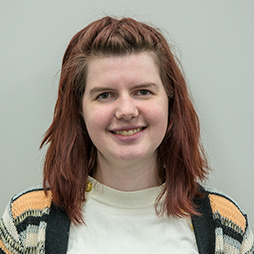 Kirsty joined the Loop Software team after developing her skills in computer sales and operations management. Through her studies she found a passion for all types of management and organisation.  She interned as an assistant stage manager at a dance company, hosted live music lunch events, created a TV show and helped put on the national finals for the lead Australian a cappella company. Kirsty thrives while multi-tasking, problem solving and analysing how to make something easier for the future.

Outside of work she tries to play upright or grand pianos as much as possible, hoping to own one herself in the future, and also enjoy taking photos, playing computer games, binging the latest TV shows and spending time with her partner and friends. 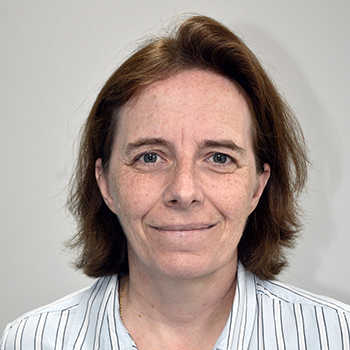 When not trying to figure out how to improve processes and obsessing about compliance, she enjoys photography, sports and being with her family and friends. That includes furry family members as well. 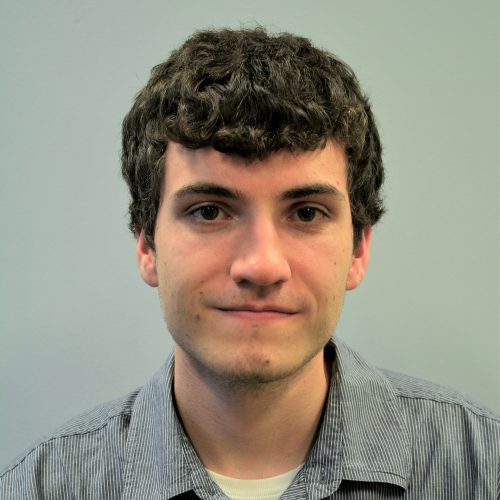 Steven joined Daymap as a graduate from Deakin University.  He has completed a Bachelor of IT Mobile Apps Development with a major in programming.

When he’s not at work, Steven enjoys gaming, watching various TV series and catching up with friends both online and in person.  Steven also enjoys remote control device such as gliders, drones and nitro powered land vehicles. 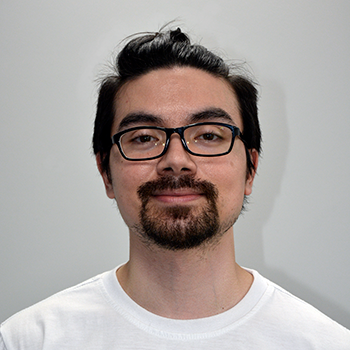 Miguel is a former small business owner in the food and beverage industry. He decided to follow his passion which was to be in the Information Technology industry and is now in Loop Software.​

He has completed an I.T. Certificate and part of his Masters in I.T. course at Deakin University.

During his spare time, you will find him either at the computer working on latest Web Technologies and improving skills he needs for work, or in the gym. He loves pushing his mind and body to their limits. 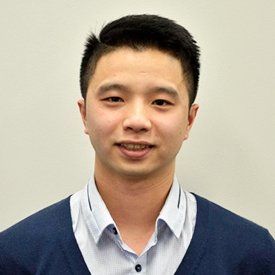 Joel has completed a Bachelor of Information and Communication Technology, majoring in Software Technology, from Swinburne University of Technology.

He gained a solid foundation of customer service and technical skills through several software projects at university, internship placements and food trading industry. He now successfully applies his experience and expertise to make a positive contribution to the development of Daymap.

In his spare time, Joel likes playing soccer and enjoys time with his friends and family. 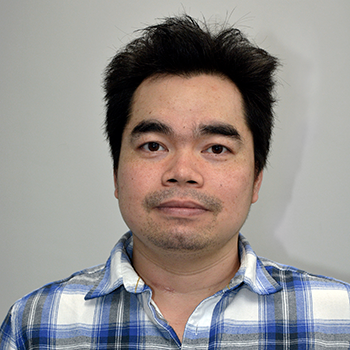 Nam’s interests vary, which saw him exploring various educational possibilities before deciding to pursue his passion for computer science and a career in the IT industry. Nam completed a Masters of Information Technology at Swinburne, majoring in Apps development.

Outside of work, Nam likes to spend his time with his family and friends. He is also working on developing a healthy life-style, regularly visiting the gym.

On the weekends, Nam enjoys spending time with his loved ones, learning new things and exploring new places. 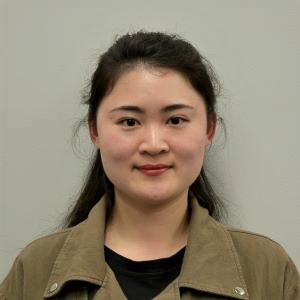 Louise joined Daymap after she completed a master’s degree in IT at Monash University. She has worked as a teacher in primary and secondary schools for 5 years in Hong Kong, where her roles were a member of Information Technology Development Committee to support the use of technology in teaching, a class teacher and a level-coordinator.

In her leisure time, Louise enjoys watching others playing computer games, looking for delicious food and riding her urban bike in parks with different landscapes. 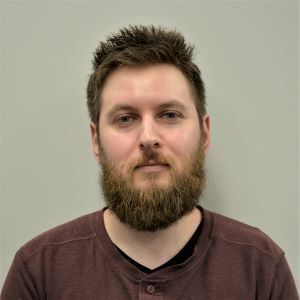 Brendan has had a strong interest in technology throughout his life, leading to the completion of his studies in both Computer Systems Engineering and Computer Science. After trying a variety of different IT disciplines including video game development, he joined the friendly team at Loop Software to work on the support and development of the Daymap system.

Outside of work and his own development projects, Brendan struggles to separate his time between his many hobbies; some of which are playing video games, practising guitar, board game/movie nights with friends, exercising and reading. 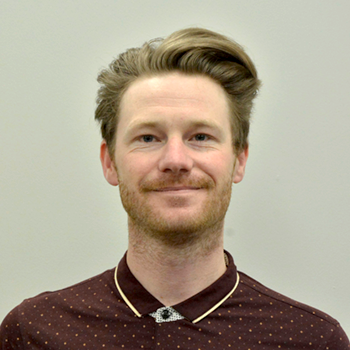 Robert has joined Loop Software’s Technical Support Team to further develop his technical skills, bringing with him a wealth of client-focused experience in Account Management and Implementations. The resident “word-smith”, Rob has a flair for translating jargon into everyday language to help bridge the gap between technical and non-technical. 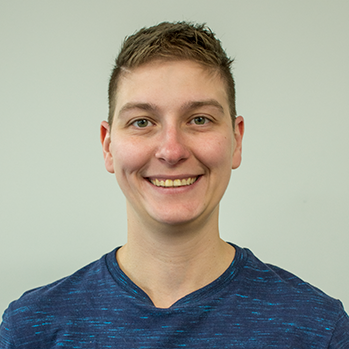 Alicia has a passion for I.T. and programming, with experience in IT Help Desk Support. She has studied Physics, Electronic Engineering and I.T. subjects at University. She learnt how to build and maintain computers as a hobby as well as learning different programming languages and skills to further her learning.

In her spare time, she enjoys playing computer games, spending time with friends and playing sport such as cricket and basketball. Alicia is also an Operational Volunteer Fire Fighter for her local fire brigade where she attends emergency calls as well as attending and helping the community in a non-emergency capacity. 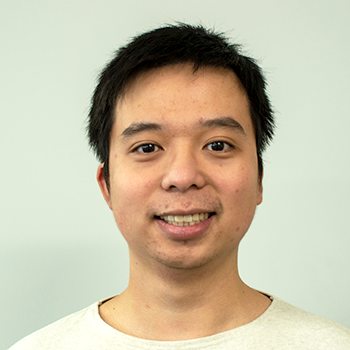 Growing up in the information age has given Hoang (also known as John) a huge admiration of how technology can grow and affect people’s lives. Carrying that interest through the years, he decided to pursue a career in the IT industry and hopes to contribute to developing products that make the world a better place. After completing many studies in Diploma and Bachelor, he joins the friendly team at Loop Software, hoping to deliver excellent services to customers and develop the Daymap system. 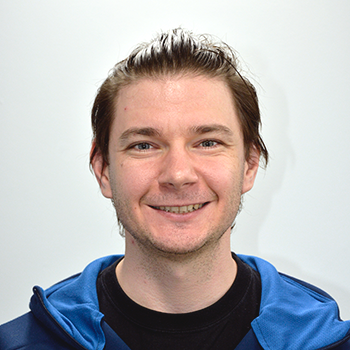 Michael has many varying interests. He has a passion working in I.T programming, Web Development and SQL through University and self-study. He has studied Information Communications Technology with a Major in Software Technology, and previously studied an Advanced Diploma in Engineering. He decided to move into the IT industry because he felt there are more learning and career opportunities in the field. He enjoys building mock up websites, research and learning about new tech/software, and occasionally builds his own PC.

In his spare time he actively participates in Karate, enjoys running, exercise and going to the gym. He also enjoys playing video games, listening to music, watching TV shows, cartoons, movies and documentaries, reads books and comics, enjoys crafting and cooking, and spends time with family and friends.

Michael is fluent in Russian and is learning Japanese 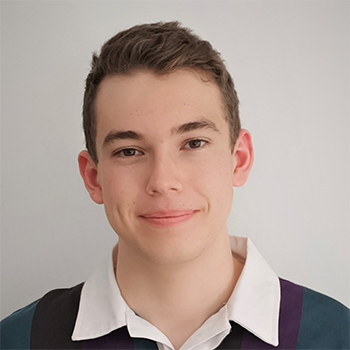 Nathan is passionate about programming and works in a security testing and feedback role at Loop Software.  He enjoys a good challenge and is rewarded for his persistence. Having used Daymap in the capacity of a student, Nathan has an applied insight on the product and helps shape Daymap for students.

He is currently completing his secondary education and hopes to continue to study computer science at university. In his spare time, Nathan enjoys playing video games with his friends, going on long beach walks and learning new skills.

The cost of an individual training course is $490 ex GST per person for the day and will be invoiced by Loop Software. The cost includes training materials, morning tea, and lunch.

This course is aimed at School Administration staff who are wishing to refresh their knowledge of attendance management in Daymap and learn how to utilise a range of features aimed at improving student management and communication within the school community.

Thank you for registering.

You will receive your email confirmation shortly.